What Are U.S. Venture Capital Firms? As Venture Capital firms are coated with a visible aura of glamour, there are some shrouded clouds of mystery. Venture Capital industries are created and of high effect in the United States. Up to twenty percent of all existing U.S. public companies began with venture capital assistance. Today, they can record over 30 percent participation in the market value of all public firms.

The against-all-odds success stories of Silicon Valley entrepreneurs can not be left out in the discussion of Venture Capital. We can see the entrepreneur as the modern-day cowboy, looking out for new industrial frontiers just the same way the earlier Americans delved into the West.

The TechCrunch, by September of 2018, stated that venture capital raised in the U.S. stood at $84.1 billion, with high a high margin against 2017. It is summarily saying that around $131 billion was invested in companies whereby 47% came together through mega-deals of more than $100 million.

What is a Venture Capital Firm

Venture Capital can be a form of Private Equity or a type of financial assistance provided by investors to start-up companies and small business establishments that are anticipated to have long-term growth potential. Venture Capital is generally generated from well-off investors, investment banks, and some financial institutions.

Venture Capital Firms were first initiated in the United States after the second world war as a partnership model with exceptional provisions for assisting the private funding of upcoming ventures. The few groups of people who invest in a venture capital fund, general all the partners must exercise patience— up to a maximum of ten-twelve years depending on the legal agreement—for their invested money to be returned, hoping a handsome profit added to it.

More than 1000 active venture capital (VC) firms in the United States exist, and this is of high indication that there are so many individuals who are ready to invest in upcoming business ventures.

From the trend, most high-growth-potential companies are technology and healthcare based, notwithstanding some Venture Capital firms also invest in cleantech, retail, education, and some other industries.

In 2019 over $44 billion U.S. dollars of venture capital funds was raised in the United States which was invested into software companies. The biotech industry follows with $14 Billion raised. The third rating is the industrial and energy-related sector, recording $10 Billion raised. Software industries gain huge investments; hence it is an essential sector of the Information Technology (IT) ecosystem.

VCs have mainly received funds from banks located in the Northeast; venture capital became more focused on the West Coast after the expansion of the tech ecosystem.

For some up-and-coming business setups in emerging industries, venture capital receives funds by high net worth individuals (HNWIs) – which can also be regarded as ‘angel investors. Angel investors can be seen as a typically diverse group of individuals who have made so much wealth through different sources. Hence, they resolve to become entrepreneurs themselves, or they are business owners who recently retired from the business empires they’ve set up.

They are most likely to invest in well-managed companies, have a fully-developed business plan, and highly growth-oriented.

The most invested amount goes into late-stage start-ups, early-stage funding, funding for technology growth, then angel or seed series rounds.

It may not be needful to know or pitch all your potential investors into a round upfront. Once you have become a key lead investor, others will be sure and want to join along.

These are the Most active in 2020 for businesses that want to raise a Series B or something more for a growth stage round, they may be interested in the listed firms:

During the process of pitching, you should ensure that you reach people who have the tendency to invest in your type of round. For businesses that are building an early-stage round, these active investors can be a consideration:

How to Get into a Venture Capital

There is no particular process for recruiting into the venture capital firms, and there are no recruiters for early-stage funds as there are in the tech-focused industries. The investing role can be broken down into these three general parts: sourcing, diligence and investment thesis, and portfolio support.

Stated below are some ideas for making a good impression when working towards an investing role at a firm:

· Effective Strategy: Sign up to newsletters and podcasts, ensure to receive updates on new companies in diverse industries, and forward investment ideas to such firms (ensure to use standard etiquette, i.e., double opt-in when presenting your introduction). Frequent follow-up of business and tech news to identify emerging trends across sectors and modify your filter.

· Effective Strategy: Pass across a deck on a potential investment or market opportunity with some companies that are close to your reach(make use of resources such as Crunchbase, Pitchbook, and Medium to carry out your homework before time).

· Effective Strategy: Discuss insights related to a company’s or business portfolio that the investor may not be acquainted with. Otherwise, carry out consulting work for a portfolio company and prove your ability to increase the value for companies first-hand (this can be more effective if the start-up has generated capital at the stage you’re interested in investing).

Venture Capital demands experience and the ability to recognize patterns, and most importantly, the most effective way to make it into the industry is to build the required expertise and sense of identifying trends.

Venture Capital Firms has given life to so many businesses and flourishing ideas that have helped the world today. Such as LinkedIn, Twitter, eBay, Uber, and so many others. Without the support of funds, such innovations may not have come into existence. 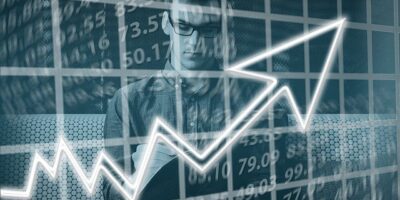 Unicorns In the world of finance, “unicorn” is a term that describes a privately-owned startup having aRead More